How To Learn People's Names!

-A guest post ft. Dr. Duncan Babbage on How To Learn People's Names

If you want someone to like you a powerful thing you can do is remember their name. “Jimmy…”, you say, “It’s good to see you. How are you?” There’s nothing complicated about using a person’s name — if you can remember it. For a lucky few, people's names just stick. Maybe like me, you’ve encountered people like this. Often they are unaware just how remarkable it is to be able to recall someone’s name just through being told it once. Although maybe you’re not one of those people. Maybe like me, you have real difficulty learning people's names even when you’re trying. You probably know how frustrating it feels; "Hey, I care about people too! My brain just isn’t 'sticky' enough!" There's real benefit in remembering people’s names and like it or not, there's a real cost when you can't. It affects relationships. Some people simply can’t comprehend why you don't know their name and their explanation is: you don’t care enough to bother. The second cost is your ability to learn names. If you don’t know a person’s name you can’t use it and if you don’t use it, you can’t reinforce it in your memory for later.

This week a friend of mine — we’ll call him “James” - recounted to me a strategy he’d used. He wanted to learn the names of kids in the sports team he was coaching. So on the first day he took along half sheets of paper and a large marker. As he was told each kid’s first name he wrote it in big letters on a sheet of paper. He had permission to take photos of the kids. So he had each child hold the sheet in front of them and as a team they took photos of each beaming player. Over the following week James was able to review the photos and practice their names. Further; armed with photos of the team on his phone he could check back before a team practice, or whenever he needed, to look for a kid’s name. With all those extra chances to practice James learned the kids’ names much more effectively, helped by his ability to correctly use their names during practices and games.

It doesn’t take my background in Clinical Neuropsychology to see that James' approach was clever. What my training does tell me however is why James' approach is likely to be far more effective than the usual advice that floats around.

Research on people with neurological impairment shows that if you’re having any kind of memory difficulties while learning, the most important thing is to avoid making any mistakes.

If you make mistakes when you’re trying to learn a person’s name, your brain records the mistakes equal to the amount of times you correctly recalled the name. Later on these misses then compete with the right answer when you’re trying to retrieve the information. Research on this has found that the best approach when you’re learning new information, like a name, is ensure you always get the answer right. This dramatically improves your speed of learning and your accuracy of recall next time. Neuropsychologists call this approach “Error-less Learning”.

What does this mean for you? The more you can use a person’s name correctly the better. Whether you need to ask the person their name again, surreptitiously ask someone else, look it up somewhere, or like James, have their name and maybe a photo on your phone — get the name right. Practice it, get it right, never (ever!) guess if you’re not sure, and then use a person’s name ... and you’ll be well on your way.

To really turbo-charge learning names you could take the approach even further with a tool designed around these principles. I wanted a tool like that myself but I couldn’t find one. So I’ve built one. It’s an iPhone app called Intro and it's specifically focused on How To Learn People's Names. It has a Learning tool based on principles of error-less learning and spaced retrieval. It's designed to give you the extra chances to get names right that you need to help them stick. Intro also includes other tools to help you keep track of your personal connections and network, and find information about people and events when you can only recall fragments. You’re welcome to try it out and I would love to hear how it works for you. In the meantime though, James’ strategy is great, so if you’re in a situation where you need to learn some names and you’ve got the okay to take photos, I’d recommend it to anyone.

Bio: Dr Duncan Babbage is a recovering clinical psychologist, an Associate Professor in Rehabilitation and Director of the Centre for eHealth at Auckland University of Technology. He's also the developer of Intro, an iOS app for learning names and recognising faces. Find out more at https://intro.fm 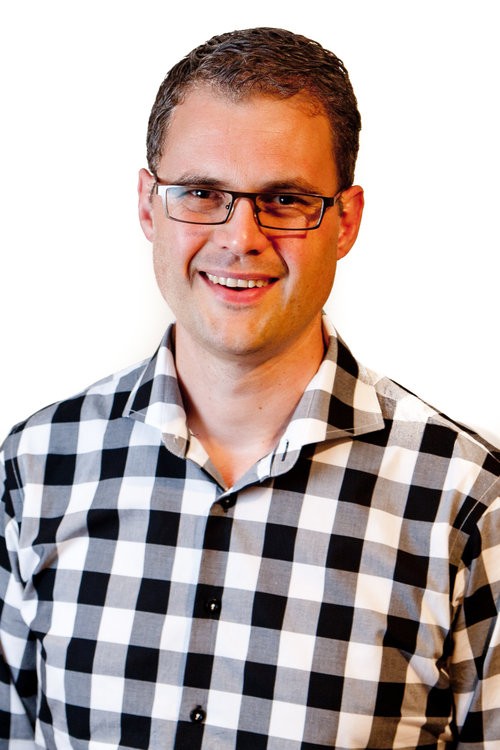 Performing Arts opportunities for everyone